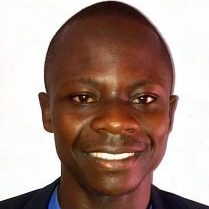 Dodzi is the founder and Director General of the scientific laboratory MOBILELABO SARL that specializes in the design and sale of laboratory equipment, products, service delivery. Also, he is the president of the scientific association ARCHIMEDES and a co-coordinator of the “MOLAB” project for the United States Embassy in Togo.

His passion for science, has inspired half a million students in Togo to pursue science through his work as a science broadcast journalist with the National Television TVT. Through his mobile lab, he has enabled kids in rural areas to access lab materials for science learning.

Dodzi attained his bachelor’s degree in Science and Technology and specialized in Physics at the University of Lomé.  He also received professional training in scientific animation, which made him a scientific broadcast journalist at the National Television TVT in the segment “in the college school”. After winning the first prize of the startup challenge in 2016 by the group Total, Dodzi launched with his association – the third edition of a scientific exhibition tour in schools, churches, mosques and public squares.