By Youssef TRAVALY, Vice-President of the Next Einstein Forum

The African continent is at the dawn of the Fourth Industrial Revolution (4IR), a profoundly transformative global process, which will have impact throughout our societies, economies, and cultures. Two key features characterize industrial revolutions including successive energy transitions and successive technological transitions.

Technological transitions – Radical and disruptive technical achievements constitute a second characteristic of industrial revolutions. From the first to fourth industrial revolutions, we have witnessed, successively, the advent of steam engines, internal combustion engines, computers and robots and finally Artificial Intelligence, the Internet of Things, 3D printer and genetic engineering. The 4IR is at the crossroad of the most recent transitions in both energy and technologies and as such, characterized by green energies, sustainable production systems and intelligent and interconnected ecosystems.

Out of 30 selected African countries, sixteen of them have more than 50% of green energy in their energy mix with twelve of them above 75%, which is quite exceptional. Among the African countries leading the pack are Nigeria, Ethiopia, Kenya, Zambia, Tanzania and Democratic Republic of Congo.

Over the 30 countries selected for this study, the share of green energy is 47% on average, which outperforms the 29% average for the selected European countries. For Europe, out of 25 selected countries, only four have more than 50% green energy share, with Norway achieving a remarkable above 95% share of renewable, all other countries being below 70%. While African countries are clearly leading on the first indicator, they are severely lagging behind on the second one, which include technology access, technology use and technology preparedness. In that case, both developed and developing countries are leading in term of infrastructure, technology access, and education.

To the question, “Who Is Ready?” the answer is clearly very few, but certainly, countries such as Norway, Austria and Sweden are in good position when it comes to combining the two factors. However, given the time scale (more than 10 years), hurdles (policy, regulations) and costs associated to phasing out certain type of power plants (e.g. nuclear) to achieve the green energy transition, the leading African countries in green energies listed above have a unique opportunity for being front runners in 4IR is years to come. This will require that serious investments being made to harness digital technologies.

How will the 4IR affect our lives?

The transition to green energy and thereby sustainable production systems leads to “new” economic models, which in many cases are the re-adoption, formalization and upgrading of bygone or forgotten economic models, which will ensure a healthy, wealthy, and equitable lifestyle for all. This transformation will entirely modify our approach to outcomes in diverse economic sectors, such as education, agriculture, health, and energy sectors. Therefore, the way we engage our design and production processes, regulatory policies, as well as the way we design or reinvent funding instruments, will be crucial. The new and revived economic models instrumental to the 4IR include the digital economy, the climate economy (circular, bio-based, carbon-based, methanol, hydrogen), the blue economy and the shared economy, and most probably many other models to come. The advent of the 4IR often branded the single most important driver for innovation and economic growth, is game changer for the continent. 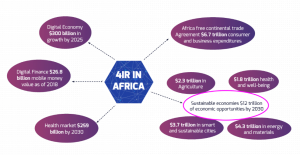 Figure 2 – Expected return on Investment of the 4IR

Does it come for “free”?

We have estimated that Africa collectively needs more than $20 trillion until 2030 to make the above transitions. What is the cost of not doing anything? Few illustrative examples: The continent seems to be currently ill prepared to face cybercrime. Only 20% of African countries have put in place a legal framework for cyber-security, and as of June 2019 only 5 countries had ratified the African Union Convention on Cyber Security and Personal Data Protection adopted in June 2014. In 2016, the cost of cybercrime on the continent was $2 billion. Further and of critical importance, there are only three tech unicorns in Africa (start-ups valued at over $1 billion). This fact also points to the fragility of our funding, regulatory, and innovation ecosystems.

In conclusion, the economy of the future is certainly digital, but it will equally be circular, shared, and low carbon. Is Africa ready for the “new economies” to ensure it fully takes on the 4IR? The Continent and more specifically the East Africa region is well advanced given the extent of green energy penetration and associated benefits the Continent is already enjoying. However, technology access, technology use and technology preparedness despite noticeable progress, must remain the focus for the next decade.