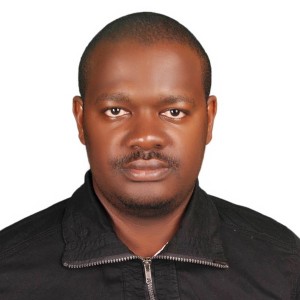 Noble Banadda was born in Kampala, Uganda. He became interested in science by observing medical doctors in their white lab coats. He wanted to be like them and this started a journey into science, though he ended up in a different field. Noble earned his Doctorate degree in chemical engineering at Katholieke Universiteit Leuven in Belgium. He also followed postdoctoral professional training at Massachusetts Institute of Technology (MIT).

Noble’s area of research is bioprocessing engineering specifically mathematic modeling of biological systems and interactions. The ability to predict what is bound to happen based on current biological observations before it happens is very important for prevention and control especially in countries that lack the resources to contain outbreaks. Noble has researched and (co-) published works in the domain of biosystems engineering. Noble has led a team that has pioneered the first ever farmer-based low cost multiple purpose vehicle in Uganda.

In 2015, Noble was honoured as young scientist at the World Economic Forum in Dalian, China. In 2013, he was inaugurated as the youngest fellow of Uganda National Academy of Sciences and the only person to qualify to be in both the young and senior academy in Uganda. Noble is currently the interim president of Uganda Young Academy. Noble was also named a fellow of the Global Young Academy in 2013. In 2007, he won the Cochran Fellowship to do postdoctoral professional studies in the Department of Chemical Engineering at Massachusetts Institute of Technology. Thus far, Noble has supervised eight doctoral theses and 25 masters’ theses. As such, he has authored 78 peer reviewed scientific papers in reputable international journals with a citation H-Index of 15, i10-Index of 24 and 714 citations as of November 2015. In waste management research, Noble is ranked 35th globally and 2nd in Africa according to Google Scholar rankings.