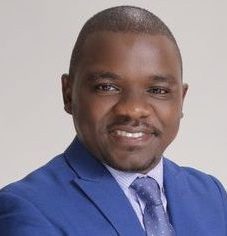 Eric’s interest is to combat and positively impact the burgeoning epidemic of obesity and diabetes. He aims to uncover new insights into the pathogenesis and potential treatments of diabetes.

Eric Lontchi Yimagou was born in the rural Batcham, in Cameroon, and was raised in several regions of the country. From his childhood, he knew his career would be health-related as he was inspired by his father who is a medical doctor and his mother, an elementary school teacher. After high school, Eric applied to the best medical school in Cameroon and failed the exam three times while he was pursuing a Bachelor of Science in Biochemistry at the Faculty of Sciences at the University of Yaoundé, Cameroon.

Thereafter, he started a Master’s Degree in Nutritional Biochemistry at the same institution. His original interest and curiosity in diabetes was nurtured by a study he conducted during his master’s program in 2009. During that period, the consumption of quail eggs in Cameroon had increased as they were thought to have beneficial health effects for the treatment of diabetes.

From his research, Eric found that quail eggs actually had a detrimental effect on diabetes. His findings were published in local and scientific journals and had a huge impact on the sale of quail eggs in Cameroon, reducing its consumption significantly.

After obtaining his first Master’s degree in Biochemistry, Eric subsequently obtained a second Master’s degree in Public Health (MPH) at the Faculty of Medicine and Biomedical Sciences of the University of Yaoundé I, Cameroon. The focus of his MPH was to evaluate the effect of free diabetes care, offered through the “Changing Diabetes in Children” (CDiC) project, on metabolic control and health-related quality of life among youths with type 1 diabetes in Cameroon. CDiC is a global project offering free diabetes care to underprivileged individuals with type 1 diabetes.

Eric’s work enabled the project to make a significant impact by improving diabetes-related health outcomes. This study was published in a peer-reviewed diabetes journal, and is cited by many other researchers to advocate for expanded access to type 1 diabetes treatment in low- and middle-income countries. Eric was fortunate to be accepted for a PhD in physiology and pathophysiology at the University of Pierre and Marie Curie (Paris VI, France) under a fellowship grant from the African Diabetes Congress, the French Government, and the ‘Laboratoire Servier’. His thesis explored environmental factors associated with diabetes in Africa. In particular, he investigated the role of human herpes virus type 8 (HHV8) infection in ketosis-prone atypical diabetes in African populations.

He studied the frequency, clinical and metabolic characteristics of this atypical, unique presentation of diabetes, common in populations of African origin. He demonstrated an association with HHV8 infection and inflammation. His research contributed significantly to the understanding of how ketosis-prone diabetes progresses.

He continued his training as a postdoctoral scholar in the United States.

Currently, Eric supervises a team of researchers and uses highly sophisticated glucose and insulin clamp techniques to assess novel diabetes treatment strategies. As an expert in these techniques, he also supervises a project with partners in India (Vellore, Christian Medical College) that study malnutrition-modulated diabetes, a rare form of diabetes for which a standard of care is yet to be established.

Eric current’s research examines the multi-organ pathogenesis of malnutrition-modulated diabetes and ketosis-prone diabetes, the impact of vitamin D deficiency on insulin resistance, and the potential approach to preventing the pathogenesis of hypoglycemia-associated autonomic failure that could restore life-sustaining responses to hypoglycemia in patients with type 1 diabetes. Eric has presented his findings at top national and international diabetes meetings, including the American Diabetes Association’s Scientific Sessions, the American Federation for Medical Research (AFMR) Sessions, the European Association for the Study of Diabetes Scientific Sessions, the African Diabetes Congress and the Einstein/Montefiore Young Investigator Symposium.