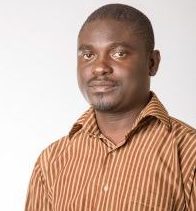 Michael Sonneyboy Gboneh was born in a small village called Duwion which is situated in one of the political subdivision of my country Liberia. Coming from a humble background, he was sent to the SOS children Village to attend school, but due to the civil war, he came back to his family to continue his education. Upon graduating from secondary school, Michael enrolled at the University of Liberia where he pursued studies in Mathematics and Physics.

Currently, Michael is serving the position of Chairperson, Department of Mathematics, University of Liberia and has dedicated his time to academia and using mathematics to help solve Africa’s many problems, to help young people learn and contribute to the growth of Liberia and Africa in general.