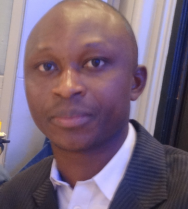 Cyrille Guel is a Media and Information Literacy (MIL) practitioner. He is engaged in promoting youth participation in democratic governance in his country. He holds a BA in History from the University of Ouagadougou. After obtaining a Master’s degree in Information and Communication Sciences a few years later (at the same university), he discovered the ubiquity of media and thus, acknowledge that it was essential to conduct civic education in this area.

Cyrille has most recently collaborated with the African Union on its African Governance Architecture Youth Engagement Strategy as well as with UNESCO through the Global Alliance on Media and Gender (GAMAG) and the Global Alliance for Partnership on Media and Information Literacy(GAPMIL). He is particularly proud of using Twitter to stimulate the quick response of the African Union on the political situation in Burkina Faso from October 2014 to September 2015.