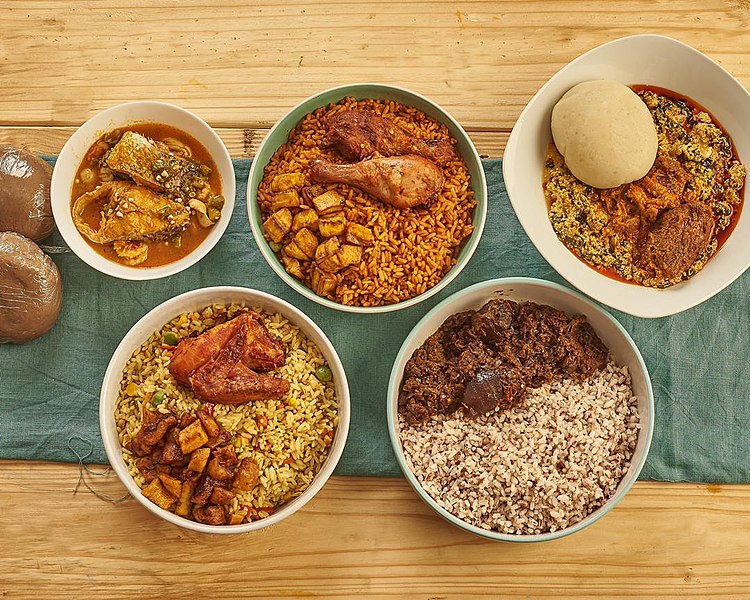 Food has served various cultural, economic, culinary, and even aesthetic purposes in African countries throughout history. In the 20th century, pyramid-like displays of groundnut sacks adorned cities in northern Nigeria. Known as the groundnut pyramids, these tourist attractions symbolized growing agricultural prosperity in the region. Once a famous exporter of crops like cotton, maize, and sugarcane, Zimbabwe used to be known as the breadbasket of Africa. Burkina Faso’s One Village, One Grove initiative of the 1980s focused on grassroots tree planting to address desertification. Meanwhile, yam festivals across West Africa, from Nigeria to Ghana to the Benin Republic, are excellent examples of the intersection of cultural, economic, and culinary relevance.

Research also indicates the nutritional value of several foods which are native to African countries. Ethiopia’s teff stands out amongst other grains as a source of vitamin C and resistant starch, beneficial for blood sugar and weight management. Essoh points out the value of native Cabo-Verdean legumes such as beans for providing fiber, minerals, essential nutrients and managing fat and cholesterol. Ezeanya-Esiobu and colleagues emphasize the intersection between gender equity and the health-promoting benefits of indigenous vegetables whose cultivation remains concentrated amongst rural women.

Shifts in food systems and cultures across the continent

From the development of international trade routes through Africa in the 15th century to the creation of cash-crop economics and the loss of indigenous markets in the 19th century, there have been extraordinary shifts in food culture on the continent. European colonists in countries like Uganda and Kenya practiced burning crops and killing livestock as an effective method to subdue the indigenous population, as described in Colonel Richard Meinertzhagen’s book, Kenya Diary 1902-1906, which detailed his expeditions. They disrupted traditional food systems by leasing the most fertile lands, displacing the local population, and forcing them into labor. Their wages were often paid in the form of sacks of maize, which soon became the primary source of the crop. This replaced more traditional farming crops like millet, tubers, legumes, and kale, which provided a more versatile and nutrient-rich diet. The supplanting of indigenous crops has inevitably contributed to a diminishment in global food systems.

More recently, industrialization has impacted food culture, increasing the importation of processed foods and fast food. Changing consumption patterns such as the rapidly growing fast-food culture in urban Ghana have been attributed to rapid urbanization and a growing middle class. Moreover, the displacement of rural farmers and the proliferation of city slums have combined to create a cycle of greater food insecurity and heavy reliance on imports, including cheaper, energy-dense, and fatty fast food options.

Concurrently, hunger continues to mount in almost all African sub-region. At nearly 20 percent, Africa has the highest prevalence of undernourishment globally (according to the FAO). The coexistence of undernutrition with rising rates of obesity – known as the double burden of malnutrition – creates a paradox of high malnutrition and increasing food insecurity across the continent. Over-reliance on commodities like oil as the mainstay of economies in countries has also led to less financial support for manufacturing, processing, and scale of knowledge across the agricultural supply chain.

Impacts of the COVID-19 pandemic on food systems

Within the specific context of the COVID-19 pandemic, some of these challenges have been magnified. Lockdowns have contributed to worker shortages, thus limiting a wide range of farming activities, particularly given the labor-intensive nature of food production in several African countries. This, in turn, has had implications for the economic value to be gained from the year’s harvest and the availability of capital for investing in future crop cultivation.

While food exporters were generally hit by reduced demand in the pandemic, those in smaller economies have faced the most drastic reductions in revenue. Additionally, fiscal contractions, particularly in the availability of financial aid for farmers, have been noted as a risk to food production, significantly impacting economic well-being, especially in rural communities. These challenges have combined with pre-existing ones such as conflict, extreme climate concerns, and other shocks to magnify food insecurity to levels exceeding the scale of the food security crisis in the Horn of Africa in 2010.

Despite these intertwined cultural, economic, and climate impacts of food systems, our latest research uncovered that most approaches to measuring the effects of food production in countries like Kenya, Cameroon, and South Africa only measure their health, social, and economic, environmental value singularly. It is crucial to restore the importance of food given the twin challenges of under-nutrition and over-consumption of unhealthy foods and setbacks to livelihoods in the wake of the pandemic.

i)                   Indigenous food production: Focusing on indigenous food production can strengthen communities’ economic and health well-being. A study conducted in South Africa showed that underutilized indigenous crops are nutrient-dense and well-adapted to marginal conditions. Once introduced into the more comprehensive food system, the increased diversity in crops and the improved local value chain resulted in improved household food security, better livelihoods, and reduced hunger. These crops could therefore be used to champion sustainable and resilient agriculture and food systems for smallholder farmers.

ii)                 Supply chain investments in food production: To ensure the consistent scale-up of food investments, resources also need to be mobilized into the supply chain. This must take the form of local resources created through conducive policies and external resources that emphasize local ownership and the development of robust and resilient food supply chains. Increased investments in the food supply chain, such as investment into Northern Nigeria’s tomato farming from USAID and CrossBoundary, not only bring in capital, but expand local markets, build capacity for the manufacturing and processing of local healthy foods, and improve self-reliance within communities.

iii)               Cross-cutting policy priorities for resilient food systems: Policies must tackle individual issues such as alleviating hunger or increasing diversity of diet, as well as creating food security resilience, an example of which is the call for seasonally targeted policies to contribute to production diversification on dietary diversity in rural Nigeria. Building the capacity and ecosystems to support local food production and ensuring communities have the tools to produce, harvest, or buy food in the face of growing health, economic, and social burdens is critical for long-term food security.

iv)               Transforming food culture: Today, there are successful grass-roots level efforts to support food production throughout the continent, such as the action taken by South African chefs to divert hundreds of tons of food that would have gone to waste to combat hunger. Furthermore, there is an active effort to shift perceptions of food and diet culture, decolonize diets, and restore indigenous food production that must not be ignored. Conducive policies enacted by governments can continue to mobilize communities to cultivate and value homegrown foods for economic and human health.

For 70 percent of the continent’s population, food is the primary source of livelihood. It also accounts for close to 25 percent of its GDP. Given its centrality to Africa’s cultural and economic heartbeat, restoring the value of local food is crucial to the continent’s well-being.

Dr. Ebele R.I. Mogo’s work focuses on applied research and innovation to improve public health and wellbeing. She is a 2019-2021Next Einstein Fellow. More of her work and projects are available on Linkedin.