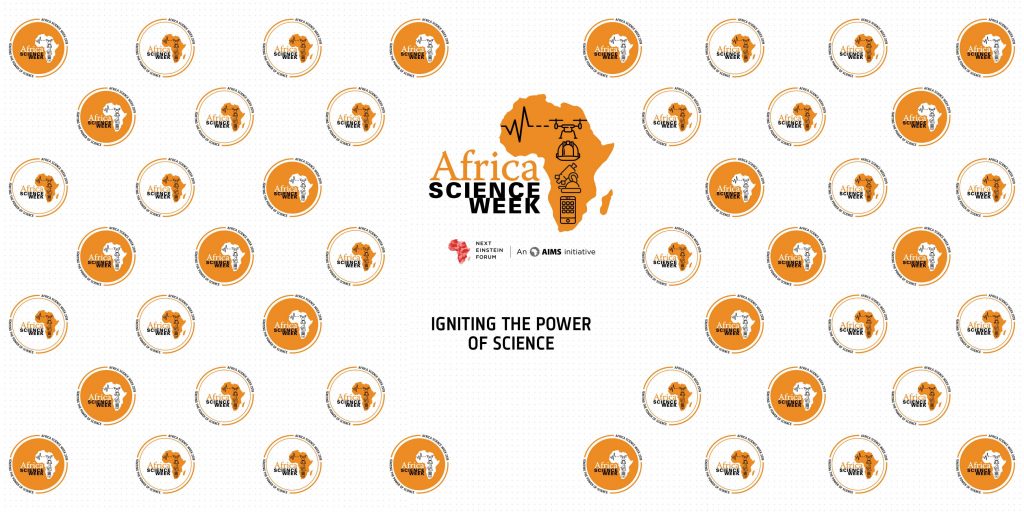 KIGALI, Rwanda, 23 September 2019 – The third edition of the Next Einstein Forum (NEF) Africa Science Week in 39 countries from October to December 2019 starts today in Cabo Verde. The NEF Africa Science Week is a weeklong event organized to promote Science, Technology, Engineering and Mathematics (STEM). It is led by NEF Ambassadors – local science and technology champions – together with the support of local academic, public and private sector stakeholders and sponsors, to raise the profile of STEM in Africa.

“Last year, we had Africa Science Week in 34 countries and this year we’re having it in 39 countries to show the link between science and development in our countries using engaging and fun activities. Activities include science expos and caravans, coding workshops, hackathons, robotics competitions, Science and Cocktails for the business
community, innovative academic conferences, celebrating women in STEM events, movie nights and industry visits. We are grateful to all the organizations that support our vision to make science and technology a first choice career,” said Nathalie Munyampenda, Managing Director of NEF.

NEF will expand the reach of Africa Science Week to 54 countries by 2022. Beyond numbers, NEF hopes that Africa Science Week will grow to include major activities in schools and universities, and result in strong collaboration between the research community and private sector to leverage science and innovation for Africa’s transformation.

The next edition of the NEF Global Gathering will be held in Nairobi on 10-13 March 2020 under the patronage of H.E. Uhuru Kenyatta, President of Kenya. Find out how to participate and support Africa Science Week at www.asw.nef.org.

About the Next Einstein Forum Launched in 2013 by the African Institute for Mathematical Sciences (AIMS), the Next Einstein Forum’s (NEF) work is shaped by our belief that the next Einstein will be African.
We are working to make Africa a global hub for science and technology. The NEF is a platform that connects science, society and policy in Africa and the rest of the world – with the goal to leverage science for human development globally. The NEF believes that Africa’s contributions to the global scientific community are critical for global progress. At the centre of our efforts at NEF, is Africa’s young people, the driving force for Africa’s scientific renaissance.

The NEF organized biennial global gatherings, Africa’s largest science and innovation conference. Far from an ordinary science forum, the NEF Global Gatherings position science at the centre of global development efforts. In the presence of political and industry leaders, and with a strong focus on youth and women, the voices of global science leaders’ have the opportunity to be heard and to have major impact on Africa’s scientific future. The NEF Global Gathering 2020 will be held on 10-13 March 2020 in Nairobi, Kenya.

In addition, the NEF organizes Africa Science Week in over 30 countries each year. This year’s edition is holding in 39 countries from September 2019. To make science relevant for everyone, the NEF publishes a public magazine Scientific African Magazine.
More at nef.org Twitter: @NextEinsteinFor Facebook: NextEinsteinForum
Medium: medium.com/next-einstein-forum