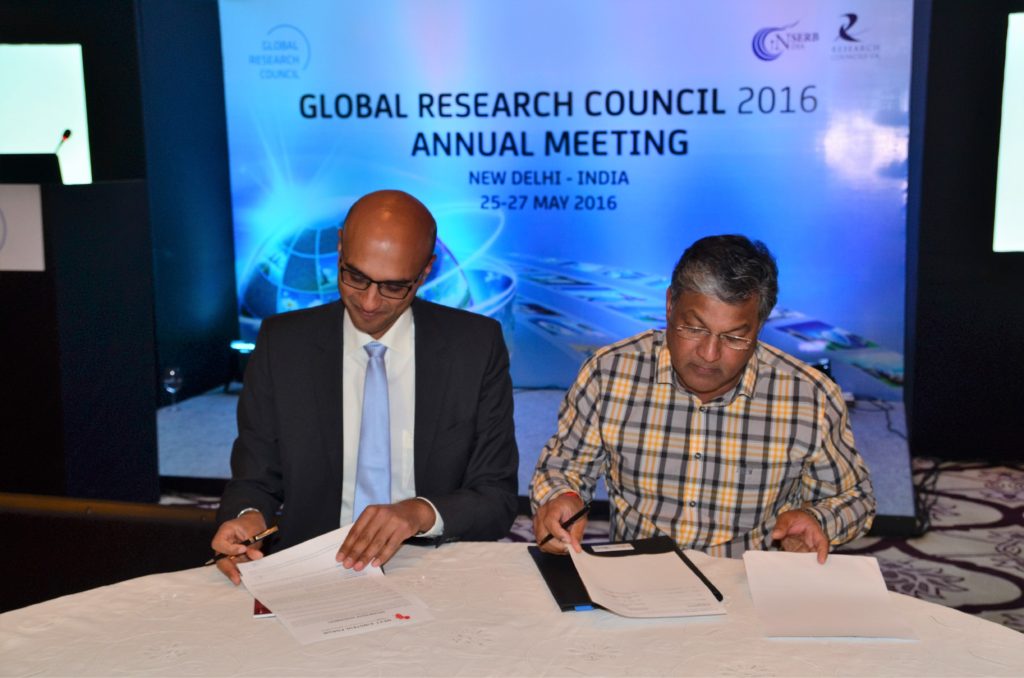 “We are pleased to partner with the NRF, a leader in Africa and globally.  We look forward to working closely with their experts in the areas of research funding, benchmarking and rating as well as public engagement to build an impactful scientific community of practice,” said Arun Sharma, NEF Managing Director.

NEF members access NEF exclusive networks of invitation-only members and attend each NEF Scientific Programme Committee (SPC) as an Observer. The SPC sets the scientific direction of the NEF Institution and build the program of the NEF’s biennial Global Gatherings. Members also receive an automatic invitation to the NEF Global Gatherings and access to the NEF’s community of scientists under 42, and participate in the NEF’s benchmarking and public engagement activities.

“The NEF vision and programs are in line with our own strategic goals of creating an internationally competitive and transformative research system and globally connected system of innovation though top of the line grant making and benchmarking systems. We hope to positively contribute to growing Africa’s research capacities and global competitiveness through sharing our experience and best practice,” said Dr Dorsamy (Gansen) Pillay currently the Deputy Chief Executive Officer of the NRF.

The NRF will join other members like the African Academy of Sciences (AAS), IBM, Philips, Elsevier, NORRAG, among others.

Launched in 2013, the Next Einstein Forum (NEF), an African Institute for Mathematical Science (AIMS) initiative in partnership with the Robert Bosch Stiftung, is Africa’s global platform for science and technology. The NEF unites outstanding thinkers and distinguished stakeholders from around the world together in Africa in biennial Global Gatherings with the first NEF Global Gathering held in March 2016 under the patronage of H.E. Macky Sall, President of the Republic of Senegal. The NEF Global Gathering 2016 had over 900 participants, with 50% of participants under the age of 42, 35% of whom were women. Held every two years, NEF Global Gatherings will showcase Africa’s top young scientists and connect them with leaders from Africa and the rest of the world in high-profile, invitation-only forums that touch on the three pillars of science, society and policy. The NEF Institution runs a NEF Fellows program that identifies and awards Africa’s top 15 scientists and technologists; an Ambassadors Program that selects 54 science and technology ambassadors across the continent, one per country; as well as running science benchmarking, policy and public engagement activities.

The NEF has been endorsed by the African Union Commission as well as the United Nations Educational, Scientific and Cultural Organization (UNESCO), the Governments of Rwanda, Senegal and South Africa, the African Academy of Sciences (AAS) and a growing number of private sector and civil society partners from across the world who are passionate about positioning Africa’s scientific community as an influential member in the global scientific community, which will ensure sustainable human development in Africa and other parts of the world.

The South African National Research Foundation is a government mandated research and science development agency. The NRF funds research, the development of high-end Human Capacity and critical research infrastructure to promote knowledge production across all disciplinary fields. The goal of the NRF is to create innovative funding instruments, advance research career development, increase public science engagement and to establish leading-edge research platforms that will transform the scientific landscape and inspire a representative research community to aspire to global competitiveness. The NRF promotes South African research interests across the country and internationally, and together with research institutions, business, industry and international partners we build bridges between research communities for mutual benefit.