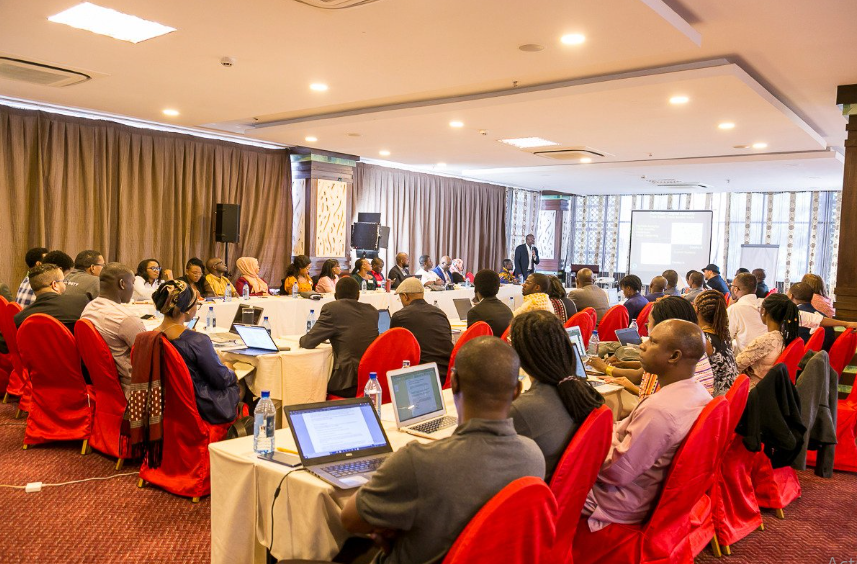 This Sunday afternoon, the Next Einstein Forum (NEF) Community of Scientists (CoS), that met in Nairobi for the Annual General Meeting, elected a new eight-member Executive Committee. The 51 members present elected Prof. Sanushka Naidoo, NEF Fellow and Associate Professor at the University of Pretoria as Chair of the NEF CoS Executive Committee and Dr. Lwidiko Edward Mhamilawa, NEF Ambassador to Tanzania, as Vice-Chair.

Prior to the election, the CoS had a whole working day to review and discuss the draft document of the vision and roadmap for the digital economy in the value chains for finance and banking, trade and logistics and health. A revised draft will be used for consultations with the private sector, partners working on the digital economy and other stakeholders. A final version will be presented at the NEF Global Gathering 2020.

The pre-election sessions included reviewing the work of the out-going executive team’s achievements, rereading the By-Laws, mitigating the challenges encountered by the out-going team and short pitches from the nominated candidates, before the elections. Other elected members include NEF Fellow Dr. Vinet Coetzee was elected to head the Communications working group; David Jeng, NEF Ambassador in the Gambia, will lead the Strategy working group; Mohammed Kamal, NEF Ambassador for the Sudan, was elected to lead the Resources working group; and Halimatou Hima Moussa Dioula, NEF Ambassador for Niger picked up the Capacity Building working group. The immediate Chair NEF Fellow Dr. Yabebal Fantaye and Vice-Chair Dr. Amna Abdalla will join the new Executive Committee as advisors to ensure continuity.

In her remarks after election, Prof. Naidoo invited the community to do more. “Collectively we can do more; you are the community; young scientists in your country will look up to you and say, ‘We can also do this’.”

By the Next Einstein Forum/Kevin Eze.