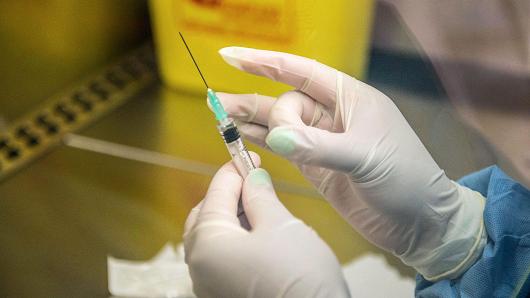 Scientists announced the launch of another large HIV vaccine efficacy study, fueling hopes for a protective shot against the virus that causes AIDS, despite past disappointments. The start of the new trial involving 2,600 women in southern Africa means that for the first time in more than a decade there are now two big HIV vaccine clinical trials taking place at the same time.

The new study is testing a two-vaccine combination developed by Johnson & Johnson with the U.S. National Institutes of Health and the Bill & Melinda Gates Foundation. The new vaccines require one dose to prime the immune system and a second shot to boost the body’s response. Read more