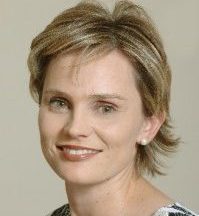 Alta hopes to turnaround the upward trend in hypertension development in Africa. She wants to find alternate ways to prevent hypertension not only by improving the early detection of disease but also by population-wide approaches to significantly reduce risk.

Alta Schutte was born in a small gold mining town in South Africa. Her parents encouraged her interest in natural and health sciences. Her specific interest in high blood pressure and heart disease was sparked by her father and grandfather suffering from cardiovascular disease at young ages.

Alta obtained her Doctorate degree at the age of 24 from Potchefstroom University, working on how the diet of black South Africans contribute to the development of high blood pressure. Black populations are exceptionally prone to develop high blood pressure or hypertension, which is the leading cause of stroke and ultimately death. Alta built on her doctoral research by conducting further studies with Aboriginal communities in Australia, and spent the remainder of her career working in numerous studies to understand how hypertension develops in black populations and why this population is greatly affected throughout the African continent.

As part of the Hypertension in Africa Research Team (HART), Alta has made numerous scientific discoveries explaining the significantly increased risk of Africans to develop heart disease. She, however, has also issued strong concern that hypertension in Africa will not be controlled by medication due to challenges in health systems. Alta dreams of spearheading alternative ‘treatment’, with prevention starting from younger ages.

Alta has published more than 140 papers mostly in international journals on the topic of hypertension, and has been acknowledged for her work as the winner of the Distinguished Young Women Scientist in the Life Sciences award, presented by the South African Department of Science and Technology; and the British Association Medal from the Southern Africa Association for the Advancement of Science (S2A3). She was also the recipient of the Meiring Naude Medal from the Royal Society of South Africa, the African Union and The World Academy of Sciences Award and was selected by the Mail & Guardian newspaper as one of the top 200 Young South Africans from all sectors.

Alta is the principal investigator of the African-PREDICT study aiming to track young healthy individuals for the next 20 years using the latest medical technology in the field, thereby hoping to discover early predictors for the development of hypertension. She received a research professor chair position funded by the Department of Science and Technology, and was recently appointed as the unit director of the South African Medical Research Council’s Extramural Unit for Hypertension and Cardiovascular Disease.