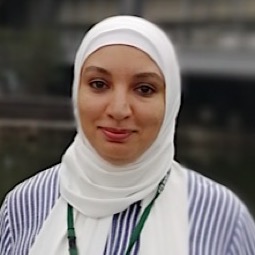 Shymaa Enany is an associate professor of Microbiology at Suez Canal University, Egypt. She received her PhD from the School of Medical Sciences, Niigata University, Japan. Her did postdoc in the USA and Japan. She was the first Arab scientist applying bacterial proteomic techniques to help reveal good markers for bacteria spreading in community. She received many awards for her scientific contributions. Recently, she was awarded The World Academy of Sciences (TWAS) Young Arab Scientist Prize for Scientific Achievement in Medical Sciences. She was selected as a member of Egyptian Young Academy, an evaluator on Academy of Scientific Research, a reviewer in International Exhibition of Innovation, one of scientific committee of World Forum for Women in Science. She is selected as a young leader in STS and WSF, and a collaborator in Global Burden of Disease. She is a member of Microbiology National Committee working to achieve sustainable development goals for a better future.