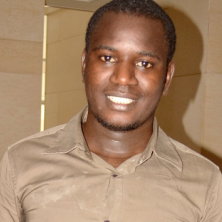 Assane Fall is a librarian in training and studies in the graduate of the school of librarians, archivists, and documentarists of Cheikh Anta Diop University in Dakar. In November 2013, he launched the project “Feusseul” (make visible) with some of his colleagues to promote access to information and documentation among students and promote libraries.

Assane has integrated several programs such as the network of the open science in Haiti and in francophone Africa (SOHA) and BSF Campus of Libraries without Borders project which is a program of leadership and training for French-speaking librarians and cultural actors. Active on social networks, it is used to share its research findings through the practice of informational data mining.