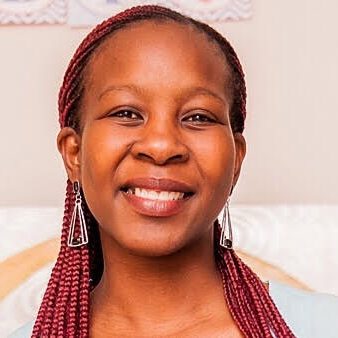 Salome proposes to scale up the implementation of the perinatal problem identification program model to four other healthcare systems in Africa, enabling a fundamental understanding of the direction the continent should be going in terms of making data-driven policy recommendations on reducing perinatal deaths.

An obstetrician and gynecologist, Salome was appointed associate professor at the University of Cape Town at the time of her selection as a NEF Fellow. She is also the President of the South African Clinician Scientists Society. She was a research fellow at the Massachusetts General Hospital and Harvard Medical School, and previously a Wits Clinician Scientist Fellow funded by the Carnegie Corporation of New York.

Salome was born in Limpopo province in South Africa. After qualifying as a medical doctor at the University of Kwa-Zulu Natal in 2005, Salome completed a Fellowship and a Masters in Medicine degree in Obstetrics and Gynecology, and a PhD in Obstetrics and Gynecology. She has worked in various hospitals in South Africa, and has spent the past decade working at the Chris Hani Baragwanath Academic Hospital in Soweto, Johannesburg.

Her research interests are in global surgery, related to caesarean sections and placental causes of stillbirths.

She is an advocate for women’s health rights, and equity in maternal healthcare. She lectures undergraduate and postgraduate students and supervises MSc and PhD students.  Salome has published many of her work, and has presented them at various conferences and global meetings. She sits on many committees as an advisor and consultant, including the World Health Organization (WHO).

Salome has received awards for her tenacity and commitment to research in maternal health. She was acknowledged as a Trailblazer and Young Achiever by the President of South Africa in 2016. She also received the young achiever award from the African Business Network, Africa Forbes and CNBC Africa group.

Salome is recently appointed Associate Professor and Head of Global Surgery at the University of Cape Town.