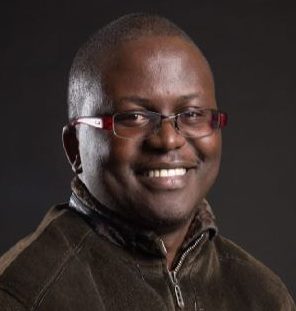 Through leveraging current research on energy materials and associated technologies, Cecil hopes to advocate for affordable and small-scale off-grid technologies for rural and peri-urban settlements in Africa.

Cecil holds a PhD degree in Physics from the University of Pretoria, South Africa, and is currently a postdoctoral fellow with Hydrogen South Africa (HySA-Infrastructure) Center of Competence (CoC), having completed a previous fellowship at the Council for Scientific and Industrial Research (CSIR) in Pretoria.

He has a strong background in material science modeling and is highly skilled in Computational Physics modeling of materials with vast applications including materials for catalysis, optical, medical and renewable energy applications such as phosphors, spinel oxides and two-dimensional (2D) materials. He has a lot of experience in ab initio density functional theory (DFT), quantum Monte Carlo (QMC) and lately molecular dynamics (MD). He initiated several collaborations with experimental and theoretical researchers from different parts of the world and has supervised PhD students.

Cecil been the recipient of several awards from conference presentations based on his research as well as findings from fellowships. He has tutored postgraduate students at international summer and winter schools organized by the ASESMA and ICTP. He has conducted and led hands-on workshops for postgraduate students on the use of computational techniques in material sciences at the CHPC national meeting, South Africa, as well as organized an IEEE conference, of which he was the editor-in-chief for the conference proceedings.