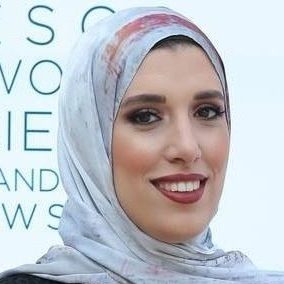 Zewail City of Science and Technology

Menattallah is currently focusing on studying DNA repair mechanisms. She is interested in deeply understanding cellular processes to reveal new connections between pathways that are not yet discovered, as to improve diagnosis and personalized treatment.

Born and raised in Cairo, Egypt, the young Menattallah believed that each person in the world was born for a reason and should leave a positive impact. But growing up as a young girl, it was not clear for her that science would become her own means of contributing to a better world.

Her mother, a science editor, encouraged her to study biotechnology. Her mother convinced her that this field is emerging and that the world of diagnostics and therapeutics will be greatly transformed in the future by medical biotechnology. During her undergraduate studies, she became passionate about molecular biology and genetics. She graduated from the Faculty of Biotechnology at the German University of Cairo in 2010 and started her master’s studies in the field of Molecular Cellular Biology at Heidelberg University in Germany in the same year. She received a degree in 2012 and obtained a Ph.D. fellowship from the German Research Foundation (DFG). During her Ph.D., she used yeast as a model organism to study the division of centrosomes during the cell cycle. At the age of 25 in 2015, she obtained her Ph.D. degree.

As much as she enjoyed studying and working in a well-established research environment in one of Germany’s best universities, she always believed that Egypt has more need for a similar research environment where students and researchers can get the maximum benefit out of their work. Since her dream was to contribute to elevating scientific research standards and putting Egypt back on the map of scientific excellence, she decided to move back home to apply the knowledge she had gained by serving at Zewail City of Science and Technology, established by the late Egyptian Nobel Laureate, Prof. Ahmed Zewail.

Menattallah is currently an Assistant professor at Zewail City of Science and Technology. She utilizes genetic approaches using yeast to identify novel gene functions in DNA repair and genome maintenance pathways. Very passionate about teaching, she gives lectures for undergraduate and postgraduate students and supervises BSc, MSc and Ph.D. students in the lab.

During her postdoctoral experience, she received the L’Oreal-UNESCO Fellowship for women in science, Egypt and the Levant, in addition to the International Rising Talents Fellowship by L’Oreal-UNESCO. She was also selected by COMSTECH to attend the 68th Nobel Laureate Meeting dedicated to Physiology and Medicine, in Lindau, Germany. Furthermore, she was a recipient of the CRP-ICGEB Early Career Return Grant. In the course of her career, Menattallah has published several articles and reviews in prestigious journals including Nature, Journal of Cell Biology and Cell press journals.

Menattallah is keen on participating in events, panel discussions and talks that empower women researchers and encourage young students to pursue a career in science. She believes that African researchers should not only aim at performing excellent research that contributes to solving the problems Africa is currently facing but also directly impacting the society through raising awareness, mentoring and motivating the next generations.