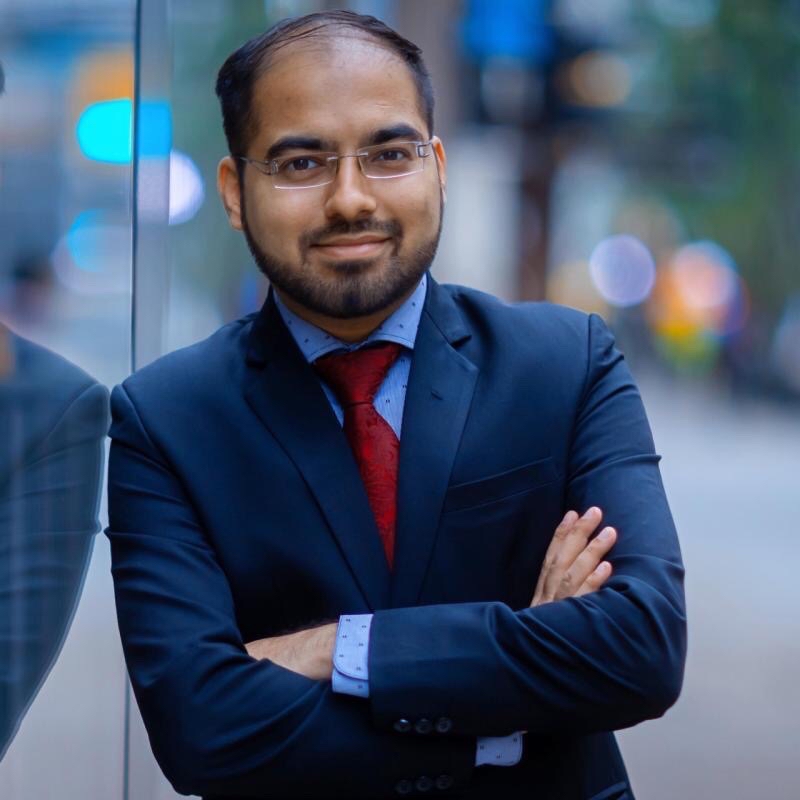 Next Einstein Forum: Could you please tell us how and why you decided to embark upon a career in the science field?

Sajjad Fazel: Ever since I was young, I loved science. I was a curious child, and science was my way of exploring the world and learning different things. I enjoyed conducting science experiments, and my parents supported me by allowing me to do so at home and buying me some science equipment. Over time, I saw the impact science had on the world and how one can use science to better the lives of others – that was the final motivation to pursue a career in science.

Today, you are a recognized African scientist in the field of misinformation. What is it exactly and why is it so important to tackle this subject in the current mass communication age?

In an interview given to the Calgary Herald, you said “I always tell people do not target the person spreading misinformation. Target the information itself.” Why?

S.F.: I think oftentimes, people get caught up on who said something rather than what they said. Some people in society are known to spread misinformation, and you have to call them out. But the most important part of debunking misinformation is proving that a statement is false and providing logical scientific evidence to support your argument.

To help combat misinformation in East Africa, you founded Afya Yako in 2016. How does it work, and what kind of impact has your project created since its inception?

S.F.: I founded Afya Yako in 2016 to not only combat misinformation but also improve health literacy in East Africa. East African countries have a double burden of infectious and chronic diseases. However, unlike much of the developed world, there was very little health education on lifestyle modifications such as diet and exercise, which can help prevent chronic illnesses. Thus I took it upon myself to educate the public on various health topics using tips, videos and infographics in the Swahili language. In addition, I used the Afya Yako initiative to call out and debunk misinformation spread online by some influencers in Tanzania. The initiative was a great success as we improved health literacy for over 100,000 people and created behaviour change. Many Afya Yako followers had quit smoking and began eating a healthy diet and exercising regularly. In addition, the Afya Yako initiative aided in advocating for health policy changes in Tanzania.

What are some of the toughest situations you’ve found yourself in since you started this project?

S.F.: I think the most challenging situation was when I was debunking false claims made by a multi-level marketing company selling a concoction of a herb drink. The company had several influencers on Twitter who began to attack me for debunking the false health claims they were making. Overall, I persevered with my goal of improving health literacy and, with the assistance of some activists, was able to get the message across. Several Tanzanians were grateful for this debunk as they were paying a hefty price for purchasing a product that had no proved medical benefits.

What lessons have you learned from this experience?

S.F.: This experience taught me that health professionals and researchers must debunk misinformation and aid those taken advantage of by snake oil salespeople.

How has Afya Yako inspired other health professionals, particularly in Tanzania?

S.F.: AfyaYako brought a sense of realization that social media can be used for the benefit of the public. Ever since Afya Yako took off, other health professionals inspired by the initiative joined in to create health promotion programs and apps with a similar goal of improving health literacy. Today, Tanzania has several initiatives that do this, including; TibaFasta, JamiiHealth and AfyaTrack. Afya Yako also inspired the then Minister of Health in Tanzania, Ummy Mwalimu, to create the health promotion section within the Ministry of Health, which today disseminates accurate information on several social media platforms.

Can we say that the use of local language was a key element of your success?

S.F.: Absolutely! You cannot expect to reach out to Tanzanians without having the information in Swahili. Using the local language and examples and images that would resonate with the target demographic is key in health promotion. It’s very simple. If you can connect with the message, you’re more likely to understand it and act on it.

Do you have any advice for young African entrepreneurs hoping to start a project in the science field on the continent?

S.F.: My advice would be to first ensure that you fully understand the need or problem you’re solving and then start with a pilot project and test your concept before seeking funding or expanding the initiative. I will also advice young African entrepreneurs to have the courage and perseverance to push on and achieve their goal despite of pushbacks and challenges they may face. Nothing is impossible, you just have to be willing to see your dream come true.