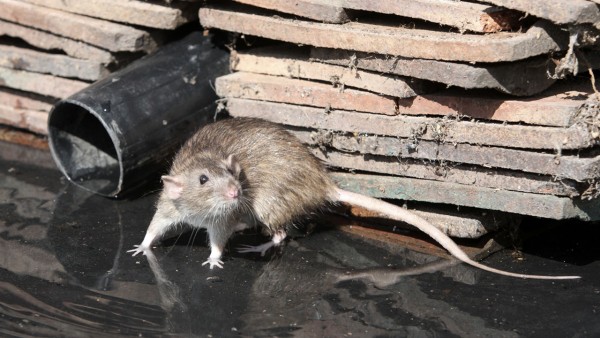 “They can really only tell us about whether a species carries a parasite,”

Using a computer to predict an infectious disease outbreak before it starts may sound like a bit of Philip K. Dick sci-fi, but scientists are coming close. In a new study, researchers have used machine learning—teaching computers to recognize patterns in large data sets—to make accurate forecasts about which animals might harbor dangerous viruses, bacteria, and fungi. Better predictions could help experts improve how they prevent and respond to disease outbreaks.

“I can’t emphasize enough how exciting a paper this is. I think it’s really going to resonate with the scientific community,” says Lynn Martin, a disease ecologist at University of South Florida, Tampa, who was not involved in the study.

Nearly all new infectious disease outbreaks occur when a virus, bacterium, or fungus jumps from an animal to a human. Accurately predicting when and where these infections—called zoonotic diseases—cross species could squelch outbreaks before they become epidemics. But maintaining active disease surveillance around the world is costly and time-consuming.

To help narrow the search, a team of scientists built a computer program to analyze a massive database of mammalian habits and habitats, including the geographic range and reproductive strategies for hundreds of species. Their program evaluated 86 different variables, like body size, life span, and population density, to hunt for patterns common among animals known to carry zoonotic diseases. “I was actually surprised that nobody had done it. It seemed like a natural approach,” says team leader Barbara Han, a disease ecologist at the Cary Institute of Ecosystem Studies in Millbrook, New York.

To simplify the results, Han and colleagues restricted their analysis to rodents—a group that carries a disproportionately high number of zoonotic diseases. Rodents carrying zoonotic infections tend to have “live fast, die young” lifestyles, Han says. They have large geographic ranges, early reproductive maturity, large litter sizes, and shorter gestation periods. Scientists aren’t certain why this lifestyle is common among rodents carrying zoonotic diseases, but they suggest that the fast-paced reproductive cycle may allow the animals to pass on their genes successfully before the disease kills them. “Even if it kills you in 6 months, you’re going to be able to put out like 5 litters,” Han says.

Han and her team first used their program to identify lifestyle patterns common to rodents harboring diseases like black plague, rabies, and hanta virus and found that their model had an accuracy rate of 90%. After the machine had “learned” the telltale signs, the researchers searched for new rodents that fit the profile but were not previously thought to be carriers. So far, the model has identified more than 150 new animal species that could harbor zoonotic diseases, the researchers report online today in the Proceedings of the National Academy of Sciences. The computer program also predicted 58 new infections in rodents that were already known to carry one zoonotic disease.

Based on its findings, the team was also able to identify hot spots where a disease was more likely to jump from rodent to human in the Middle East, Central Asia, and the American Midwest. Rodents living near humans were also more likely to be carriers of zoonotic diseases. But even population densities as low as 50 people per square kilometer were associated with increased chance for zoonotic diseases in the animals—a threshold that was surprising to Han. “I expected the reservoirs to be in areas where there are a lot of humans,” she says, “but it seems that if you have an average level of humans in your range that that’s enough.”

As exciting as it is to predict new zoonotic diseases, it’s another thing entirely to prevent them. “I think all the hard work is ahead of us,” Han says. It’s hard to know which rodents singled out by the study to focus on; many rarely interact with humans, if at all. Human behaviors like deforestation, urbanization, and increased carbon emissions could all influence where and when a disease makes the jump from animal to person, but precisely when and how this could happen is hard to predict. Finally, once a disease does cross species, health care workers and epidemiologists will have to face the challenge of containing and treating never-before-seen infections. “They can really only tell us aboutwhether a species carries a parasite,” Martin says. Actually understanding how likely it is to cross to humans will require more study.

But Han says her team’s work should still make that job easier. It also speaks to the importance of basic research, she says. Without the information from the database—much of which had no obvious application as it was being compiled—her study would never have been possible. “I kind of worry if we stop appreciating the contribution of basic science then we won’t be able to make these types of breakthroughs in the future,” she says. “We’re not going to be able to predict much of anything if we don’t have the back story.”Source